All the ‘Wonder Woman: 1984’ Spoilers You Need to Read About the DCEU’s Next Hit

Fans of the DC Extended Universe have been on the search for Wonder Woman: 1984 spoilers for years. Since the premiere of Patty Jenkins’ Wonder Woman in 2017, Wonder Woman a.k.a. Princess Diana of Themyscira has been one of the most popular superheroes in the DCEU, so it makes sense that viewers are desperate to know what happens in the Wonder Woman sequel.

Wonder Woman 1984 premieres on HBO Max and in theaters on December 25, 2020. The sequel, which is also directed by Jenkins and is the ninth film in the DCEU, is set during the Cold War in 1984 as Diana Prince (a.k.a. Wonder Woman) comes into conflict with two enemies: media businessman Maxwell Lord and her friend-turned-enemy, Barbara Ann Minerva. The film also sees the return of Diana’s love interest, Steve Trevor, who died in 2017’s Wonder Woman. But other than that, the trailers for Wonder Woman: 1984 haven’t revealed much. 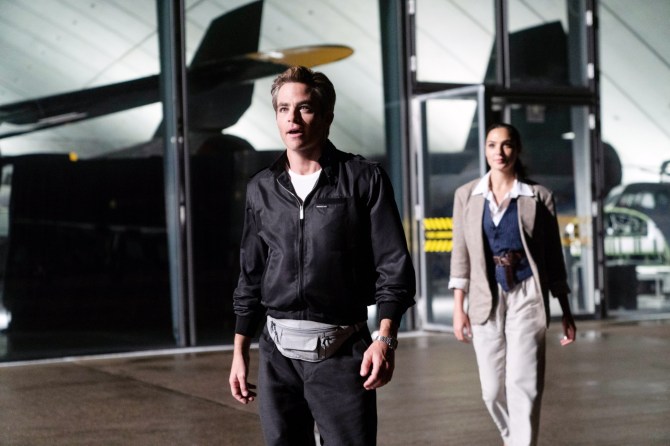 Gadot then said shh and responded, “I don’t think you’re supposed to [say that], I don’t know what you’re talking about, Graham!” she replied with a coy smile. “I think it’s a major spoiler. You just gave away a major, major spoiler!…That’s OK, Warner Brothers will sue you, I guess. I didn’t say it.”

The spoiler was suspected by fans after the release of the Wonder Woman: 1984 trailer, which showed Steve and Diana in a jet. Though the plane they were in wasn’t invisible, there is an invisible plane in the Wonder Woman comics, which fans believed was hinted in the trailer’s scene.

MacGuffin Is in the Dreamstone

In July 2020, DC released the junior novel of Wonder Woman: 1984, which contained a ton of spoilers about the movie. Among the spoilers was the introduction of MacGuffin, which is seen in the trailer. MacGuffin is actually an ancient, magical crystal called the Dreamstone that allows anyone who sees it one wish. However, because the Dreamstone was created by the God of Lies, there’s a catch to each wish. For example, in the junior novel, a passerby wishes for a cup of coffee and is handed on only to burn themselves with it later. Though Diana uses the Dreamstone, she soon learns of its dangerous side effects, such as how it caused the collapses of several civilizations throughout history.

The Dreamstone Brings Trevor Back

Fans were shook when the Wonder Woman: 1984 trailer revealed that Steve is alive. Kind of. According to Screen Rant, the junior novel reveals that Diana accidentally resurrects Steve by wishing for Steve to come back to life while near the Dreamstone. Skeptical at first of the Dreamstone’s power, Diana doesn’t realize that Steve is back until she shows up at an event she’s at. 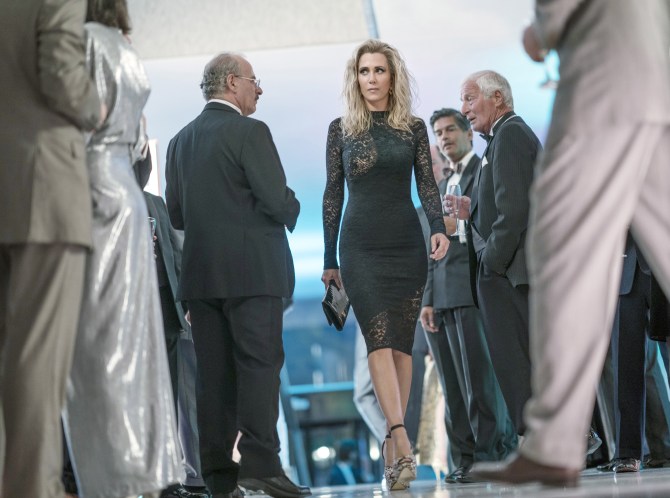 Cheetah Gets Her Powers From the Dreamstone

Diana isn’t the only one whose wish comes true from the Dreamstone. Barbara Ann Minerva, a.k.a. Cheetah, gets her powers from the artifact, according to the junior novel. Barbara is an archaeologist who works with Diana at the Natural History Museum. Unaware that Diana has superpowers, Barbara, who worships  Diana, asks the Dreamstone to make her more like Diana. Of course, given the Dreamstone’s side effects, Barbara’s powers are not exactly the same as Diana. Instead, she transforms into a cheetah-like villain who’s a match for Diana physically. Suspecting that Diana will destroy the Dreamstone, which will rid Cheetah of her powers, Barbara does everything she can to stop Wonder Woman.

Maxwell Lord Is the Real Villain

Though Cheetah seems like the main villain of Wonder Woman: 1984, the real bad guy is Maxwell Lord, a celebrated businessman who also makes a wish with the Dreamstone. His wish is that he has the power of the Dreamstone himself and thus becomes a human wish-granter and rewrites reality. At the end of the junior novel, Maxwell asks the President of the United States what he would wish for, and given that the story is set at the heigh of the Cold War, the president asks for more nuclear weapons than Russia. 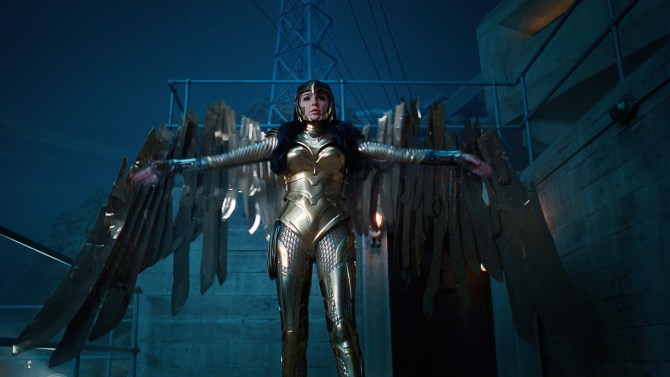 Diana Finds the “Golden Eagle” Armor on a Archaeological Dig

The Wonder Woman: 1984 trailer also introduced viewers to the “Golden Eagle” armor that Diana puts on as she prepares for battle. According to the junior novel, the Golden Eagle armor was first worn by an Amazonian hero who died before the Amazons moved to Themyscira. Diana discovers the armor on an archaeological dig and wears is it in battle against Maxwell.

Our mission at STYLECASTER is to bring style to the people, and we only feature products we think you’ll love as much as we do. Please note that if you purchase something by clicking on a link within this story, we may receive a small commission of the sale.