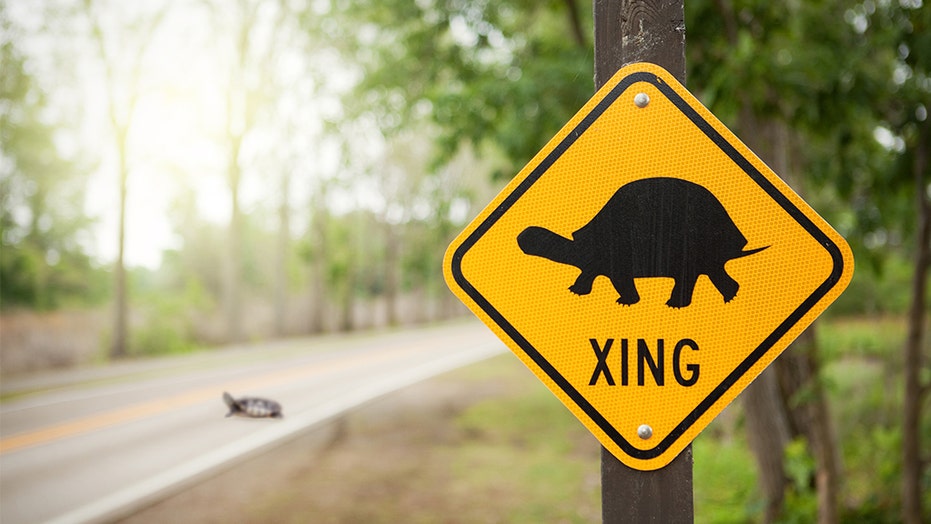 A turtle rescued by a conservation group as an egg was miraculously returned to the same New Jersey wetlands group that had released the animal nearly 19 years ago. (iStock, File)

CHICAGO ALLIGATOR REPORTEDLY MOVING TO FLORIDA: ‘CHANCE THE SNAPPER’ WILL BE LIVING IN LUXURY’

The animal was a “head-starter,” which the institute described as a turtle usually hatched from eggs recovered from a mother struck by a vehicle on its way to lay eggs.

In the 19 years after its initial release, the terrapin had more than doubled in size and showed the scars of past injuries that may have been caused by boat propellers. One member of the institute said he was still perplexed by how it ended up on the road.

“When she was found, there was no obvious access to the marsh on either side of the road,” Devin Griffiths, a marketing and communications specialist with the institute, told NJ.com. “So we’re not sure why she was there. She was in a really odd place.”

Researchers were able to identify the turtle by a Passive Integrated Transponder tag the institute would place under the skin of rescued turtles after they’re incubated and kept for a year. The tags had data showing the animals’ age and other identifiable information. The tag showed July 13, 2000, which could have been the date it was tagged or released into the wild.

Many terrapins in the wild don’t make it. Griffiths told NJ.com that drivers should be cautious when traveling near the marshes in Stone Harbor, southwest of Atlantic City.

TRUMP DROPS IN ON ‘MAGA’-THEMED WEDDING, AS ATTENDEES CHANT ‘USA!’

“Things can happen very, very quickly,” he told the outlet. “When you’re driving through marsh on both sides, slow down and keep your eyes open.”

The institute had some fun with its “very special visitor” before releasing it safely back into the marsh.

“For all the terrapins who don’t make it, this beautiful girl represents hope,” the institute wrote on its Facebook page. “Her journey is a testament to the value of the critical conservation work we do and the role we all play in ensuring a future for these incredible creatures.”

David Aaro is a Freelance Reporter at Fox News Digital based in New York City.